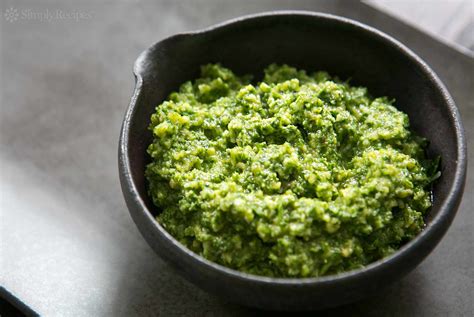 Pesto There is an abundance of fresh basil around at this time of year. Pesto is traditionally made with Parmesan cheese. This version is incredibly flavorful and rich. The secret ingredient is nutritional yeast. Nutritional yeast is one of my favorite ingredients. You can buy it in bulk at most health food stores as well […]

Vegan Cream of Whatever Soup

I make soup a lot. Probably because it is a good way to use a lot of veggies that I have hanging around in the fridge. I make all different kinds based on what I have but this is a base recipe I use a lot and works with many different combinations. Cream of Whatever […]

Okay, so I have tried every vegan cheese under the sun and they just don’t do it for me. The most recent one is Daiya which is decent and does melt. However, it still has that weird after taste. Now, I have had it out at restaurants and it was great. Once at The Other […]

Seitan is a meat substitute some say was invented by Buddhist monks. Seitan is made from wheat instead of soy which is better for some. It has a really nice texture which is great for dishes that require something a bit more “meaty” such as satay, or stroganoff. Many vegetarians feel that one is somehow […]